Posted by Christopher Wahrle 78PP on 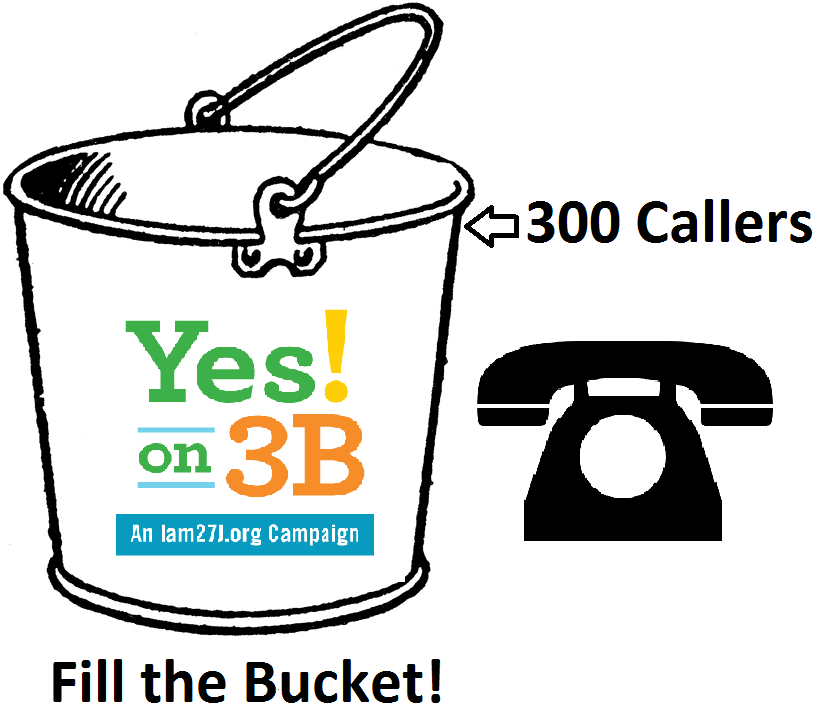 Folks, this is an all mail ballot election and the county clerk will be mailing out those ballots this week. We need all hands on deck. If we don't pass 3B, we'll be dealing with split schedules, year-round classes and more crowding issues for many years to come.

We understand that you are busy. So we have come up with something easy you can do in the next 7 days that will help our campaign tremendously as we kick off the three week ballot period.

We are launching the Phone Bucket Challenge!

Don't worry, nobody is going to have to drench themselves for this. It's quick, it's easy, and it's something everyone can do in just 15 minutes... seriously, just 15 minutes. Learn how after the jump...

Hey Iam27J, I just called Jason, Joan, Mandy, Melissa and Nate to tell them about voting YES on 27J. And I challenge Sally Smith, John Doe and Jane Doe to the same thing!

That's it. To get started, just go to the Iam27J Facebook Page

Our goal is to have 300 people take this step between now and the kickoff of the Bronco's game next Sunday. We'll send out updates during the week and show how much we have filled up the bucket with callers.

Let's get it done!